NOTES ON SOME SOUTH KOREAN FILMS 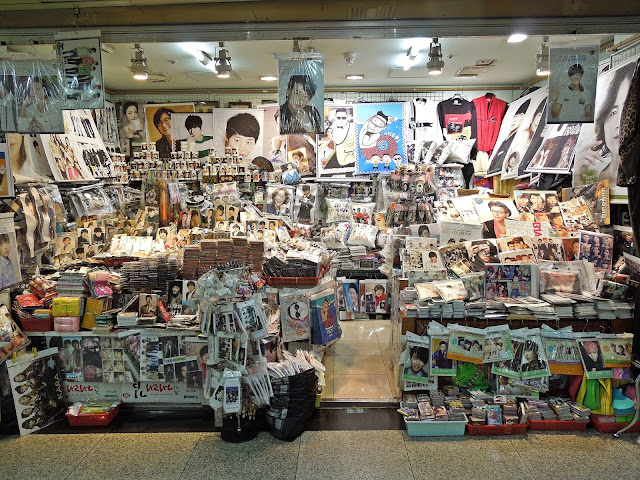 General considerations about the global audio-visual industry will be followed by brief notes on some Korean films.[1]


The biggest film industries in the 20th and 21st centuries have been the USA, India, Nigeria, Japan and China. Hollywood still prevails for profits. Bollywood had a supremacy for the number of films, but it was overtaken by Japan in 2010. China, since 2012, leads the number of ticket sales. The figures of leading box office markets in Asia in 2016 had South Korea in the 4th position after China, Japan and India.[2]


Why have South Korean films become so popular even with audiences that do not particularly know Korean culture?


There are various answers to this question. Let us start with some films.


Korean cinema has shown mastery of techniques and experimental tendencies that put some of its directors in the category of world quality auteurs. Various directors pursue diverse paths. I will mention only a few films and four directions:


- Poetics of cruelty;
- Humanism and history;
- Reality and minimalism;
- Romance.


A number of Korean films produced in the last decades, based on local stories, are characterized by spectacular action and graphic images within the framework of global cinema. Three directors in this group are Park Chan Wook, Kim Ki Duk and Bong Joon Ho.


Park Chan Wook’s Oldboy (2003) and The Handmaiden (2016), among other films he directed, have been acclaimed in the West for their unusual story lines, but also cynicism, violence and sexuality.


Oldboy is the story, set in modern times, of a man kidnapped in an isolated flat, his release after fifteen years, and finally confrontation with the awkward truth concerning his responsibility in the death of a girl from school, revenge on him by the girl’s brother, and incest. Film critic Peter Bradshaw assigns five stars to this film and writes:


“[…] this horrifying […] revenge thriller from Korea’s […] dark maestro Park Chan-wook, […] is making the British and American offerings in this genre look pretty quaint. Oldboy has touches of Kafka, and echoes of British paranoia thrillers […]. But it opens up a whole new sicko frontier of exotic horror […]”.[4]


I am not sure how flattering this comment, supposedly positive, is. Oldboy appears to belong within the global trend of pulp fictions. I remain perplexed about its rough nature, given my preference for humanistic cinema. I think Oldboy shocked audiences due to its content while impressing experts for its procedures.


Also praised in the West have been Kim Ki Duc’s films.


This director observes that his Spring, Fall, Summer, Winter… and Spring Again (2003) is meant for “people to think about the meaning of their life”.[6] The story is set in a small Buddhist temple in the middle of a lake, where a hermit raised by an older monk falls in love with a girl staying there for treatment. The young monk marries the girl, but she betrays him. He kills her, returns to the monastery and is arrested. After serving a prison term, and following his master’s death, he returns to the temple where he undertakes a process of self-reconstruction, which includes adopting as pupil a child left in the temple by a woman who, going back to the outside world, falls into the frozen lake and dies. Buddhist principles and risks in breaking them, symbols of samsara, the power of sutras to heal the soul, the cycle of rebirths and the difficulty of living a moral life are all piled up in this film. Kim Ki Duk, however, states that his approach is rather to “traditional culture” than religion.[7] The visual impact is noticeable, especially in scenes of nature.


In Samaritan Girl (2004), high school student Jae Yeong prostitutes herself to raise money for a trip to Europe. She dies after throwing herself from a hotel window to avoid being arrested. To atone for her friend’s behaviour, her school mate Yeo Jin contacts Jae Yeong’s former clients, but instead of being paid by them she returns the money her friend received. Yeo Jin’s policeman father discovers her activity, secretly punishes the men she sleeps with, kills one of them and is finally arrested. Doubts are raised about the meaning of crime, justice and rectitude.


Pietà (2012), despite the title, is a story of horror. Kang Do works for a money-lender. He injures insolvent debtors to obtain their insurance money. A woman, who claims to be the mother who abandoned him several years before, is in fact the mother of one of his victims and takes revenge by killing herself in front of him. He punishes himself by committing suicide. The moral questions in this film are put so crudely that it was difficult, at least for me, to watch it. However, it won the Venice Golden Lion. Several viewers saw it as an allegory of the hardship created by capitalism.[8]


There is a vast critical bibliography in European languages on this author. Gombeaud inserted him, already in 2006, “among the most prominent directors of the new movement of contemporary cinema”.[9] Bellavita defines him as “wild boy” for the brutality of his films.[10] Hye Seung Chung believes that Kim Ki Duk’s insertion in Asian “extreme cinema” is a misunderstanding. She rescues Kim’s “transnational movement across literal and figurative borders” and his “boundlessly inventive cinema”.[11]


A few words now on Bong Joon Ho’s science fiction Snowpiercer (2013).[12] This film, intended for those who like fast action, is mostly in English with some Korean due to the two Korean characters. Despite its globalized commercial aspects, Snowpiercer conveys the dystopian message of a dark future world, frozen due to climate change. Only a few humans survive by taking shelter in a train which constantly tours the world. In a violent rebellion of the underprivileged, all die except two, an adolescent and a child, who discover that the world temperature has increased, so they will be able to live in some kind of positively post-apocalyptic Earth.


Among many in this category, perhaps the most famous Korean director in the West is master of cinematography Im Kwon Taek. His moving and intellectually stimulating film Seopieonje (1993) is the pitiful story of a boy and a girl instructed by a master of pansori (or musical storytelling).


Im’s Hanji (2011) is a complex story that interweaves the protagonist’s private life and his attempt to revive the ancient Korean art of paper of superior quality.[13]


Probably best-known is Chunhyang (2000), based on one of the essential stories of classic Korean literature, in which the virtue and loyalty of the protagonist are threatened when her lover leaves. She remains faithful despite being persecuted by a powerful man. The story comes eventually to a happy ending.[14]


Connor observes that, despite a few scenes of passionate love that would not be suitable for a younger audience, “Chunhyang is a unique and virtually flawless introduction to Korean film and culture”.[15]


This film has a strong meta-fictional element since it alternates pansori on a theatrical stage to cinematic action.


This director is an auteur and his intellectual poetics appeals to European critics. His treatment of Korean history is informative and stimulates curiosity among audiences worldwide.


In this section I would like to mention Hong Sang Soo, who has directed a number of films set in modern Korea. He avoids the flamboyant and portrays ordinary people and their interactions. His minimalism could be compared to French director Rohmer.[16]


One of his films is Our Sun Hee (2013), in which the protagonist needs a recommendation to obtain a postgraduate post, and joggles between three men who fancy her but discover only at the end that she is the same woman each of them likes. This film is non-sensationalist and ironic; it shows unexceptional urban details, small restaurants, people dressed simply; and it enhances the role of conversation.[17] Set within a humane context, it is relevant to modern globalized people by contrast to the prevalent spectacular and blatant shows we are exposed to.


In this case we have a director who moves between cultures technically and intertextually while presenting interesting Korean stories. Hence his appeal to French and other European viewers.


A special case is that of South Korean romantic films. Their themes of love, family, friendship, enmity and destiny are universal, but the setting and the twists in the plots can be recognized as specifically Korean.


An example is Kwak Jae Yeong’s The Classic (2003),[18] a film I liked due to good acting and its double-layered story taking place both in the present and the past. It tells about a contemporary young woman finding out about her mother’s first love, and partly re-experiencing the mother’s life narrative in the present time.


One might also mention My Sassy Girl (2001),[19] another sentimental film directed by Kwak Jae Yeong, a slapstick comedy which became successful all over Asia due probably to its unconventional female protagonist who has a dominant position in the relationship with her boy-friend, thus questioning traditional male and female social roles.


Coming to a conclusion, South Korean films stand very well in the context of global audio-visual stories. When they arrive in the West, they add something original, inventive, complex to the stories we are used to watching.

[1] https://en.wikipedia.org/wiki/Film_industry.
[2] https://www.statista.com/statistics/243180/leading-box-office-markets-workdwide-by-revenue/.
According to Business Wire: “In 2014 South Korea became, on a per capita basis, the highest-attending film territory in the world. In 1998 there were 500 single screen cinemas and the industry sold 50 million tickets, just a quarter of them to domestically-produced films. By 2016, more than 2,400 multiplex screens had opened, leaving only 80 traditional cinemas. More than half the 217 million tickets sold were to Korean movies”. Available from: https://www.businesswire.com/news/home/20170929005531/en/South-Korea-Cinema-Industry-Research-Report-2017.
[3] http://www.koreatimesus.com/korean-dramas-find-new-market-in-central-south-americas/.
[4] Bradshaw, P., Oldboy, The Guardian 15-10-2004. Available from:
https://www.theguardian.com/culture/2004/oct/15/2.
[5] Rife, K., “Park Chan-wook on blending genres and why revenge is meaningless”, AV Film, 19-10-2016. Available from: https://film.avclub.com/park-chan-wook-on-blending-genres-and-why-revenge-is-me-17982 53527.
[6] This quotation is in Chung, H.S., Kim Ki-duk, University of Illinois, 2012, p. 108.
[7] Ibidem.
[8] See the comments published in Amici Cinema. Available from: http://www.amicinema.it/2012/09/5884/.
[9] Capdeville-Zeng, C., Demir, A., Gombeaud, A., Lagandré , C., and Rivière, D., Kim Ki Duk, Parios, Dis Voir, 2006.
[10] “Ragazzo selvaggio” in the original Italian. Bellavita, A., Kim Ki Duk, Florence, Il Castoro, 2006.
[11] Chung, H.S., Kim Ki-duk, University of Illinois, 2012, p. 7.
[12] It is based on Transperceneige, (a French graphic novel 1984-2000, Tournai, Casterman, 2013), adapted by Bong himself. The film stars Jamie Bell, Ewen Brenner, Chris Evans, Go Ah-sung, Ed Harris, John Hurt, Song Kang-ho, Octavia Spencer, Tilda Swinton.
[13]  The Korean title of this film is 달빛 길어올리기, or Raise the Moonlight.
[14] Corea, 2000. Original title: 춘향뎐 (Chunhyangdyeon), 2002. Starring Jo Seung Woo and Lee Hyo Jeong. Available with English subtitles from: https://www.youtube.com/watch?v=UrP_67J0iSE.
[15] Connor, M.E, “Chunyang”. Available from:
http://www.socialstudies.com/pdf/Chunhyang.pdf. Connor is an educational K-12 inter-cultural officer who works with Korean communities in the USA.
[16] A comparison with Resnais has also been made. See Brody, R., “Hong Sang Soo’s Brilliant Claire’s Camera”, The New Yorker, 8-3-2018. Available from: https://www.newyorker.com/culture/richard-brody/hong-sang-soos-brilliant-claires-camera-stars-isabelle-huppert-in-cannes.
[17] As Darren Hughes observes in an interview with the Korean director: “[…] your characters barely exist outside of conversation”. Hughes, D., “’There Are Miracles’: A Conversation with Hong Sang Soo”, Notebook, 15-11-2017. Available from: https://mubi.com/notebook/posts/there-are-mirarcles-a-conversation-with-hong-sang-soo.
[18] The present writer’s review is available from:
http://cartescoperterecensionietesti.blogspot.ie/2011/05/classic.html
[19] Available from: https://www.youtube.com/watch?v=l7Pc3v0j5b4.