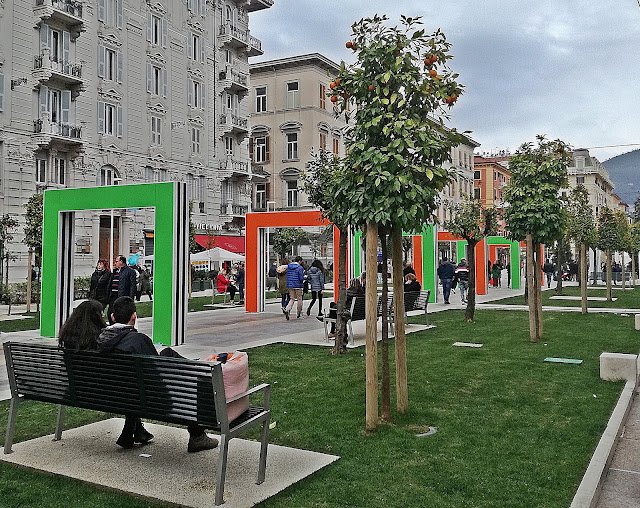 The research objectives of this paper are to establish in what ways Italy in the 21st century can be defined as a post-democracy characterized by late-modern social dynamics within the context of the globalized world.[1] Sociologists have described such a change in terms of “liquid modernity” (Bauman), “risk society” (Beck), and individualistic behaviour (Elliott and Emmert).[2] And partly building on the way in which Crouch developed the concept of post-democracy,[3] one should understand the evolution of Western democracies, in a number of countries since the 1980s, into political and social configurations where people’s direct participation has decreased mainly due the formation of powerful financial and political decision-making elites. Connected to this, and to respond to disillusion with classic parliamentary democracy, some varieties of right-wing populism have emerged in Italy like elsewhere in Europe. Italian populist sentiments are embodied mainly in the political movements of Lega Nord (Northern League) and Movimento 5 Stelle (Five Star Movement).[4] Even though such political features are important to the point that they would deserve a separate study, this paper is rather concerned with another relevant aspect of post-democracy, that is inequality. To understand Italian 21st-century inequality, some data on class composition will be provided, followed by observations on poverty and wealth, the position of youth, women and migrants, and finally the representation of some of these social problems in two novels and one film. Let us begin with class composition.

In the 1980s and 1990s, Italian social classes changed due to a renewal in the mode of production which included economic globalization, computerized technology, restructuring of companies and labour flexibility. Even though recent analysis has gone as far as to deny the concept of social class in favour of social groups,[5] a more traditional approach in three main classes (upper, middle and lower) is taken below.

The Italian upper class is comprised of 6.5% of the population.[6]

The middle class, if understood as those employed in the tertiary sector, is the widest class. The upper middle class is comprised of entrepreneurs, service personnel, professionals and politicians. The lower middle class is constituted by retailers, artisans, clerks and teachers. In 2011, 46% believed they belonged in the middle class, a lower number than the 50% to 60% figure given in previous years.[7] This reduction reflects the international change in middle class composition as identified by Collins with reference to technological change, and as a result of the recession which started in 2008.[8] In 2013 a survey by Sciarrone, Bosco, Meo and Storti underlined the precarious situation, the loss of status and the sentiment of economic and psychological uncertainty of the Italian middle class.[9]

Meanwhile industrial and agricultural workers constantly decreased in numbers. In 2004, 30% were labourers in industry, and 4.5% in agriculture. However, in 2011, Diamanti found out that 48% of Italians perceived their class as “ceti popolari”, an expression roughly translatable as lower class,[10] including not only what used to be called “proletariat”, but also lower paid clerks, school teachers, part-time contracts, half-employed people, the unemployed, and immigrants from countries outside the EU. The Italian lower class, in brief, has expanded, as predictable, during the recession, and a number of former members of the middle class have receded to “ceti popolari” which are now characterized, as Magatti observes, by fragmentation, economic vulnerability, insecurity and a sense of humiliation.[11] Even though the Italian economy seems to have improved in 2016 and 2017, this general picture would appear to remain mostly valid so far.

Inequality results from the above data, and it is in line with international research.[12] According to Gallino, there has been an “increase in global inequality due to lack of income redistribution”.[13] This is true in Italy, too, where a consequence of inequality has been the increase in wealth of the rich and the impoverishment of others. In 2005, according to Censis, 3.7% Italians had an income exceeding one million dollars; and 10% of the richest families owned 41.5% of the national wealth.[14] In 2011, 22,900,000 people aged 15 to 64 had no regularly paid income out of a total population of 59,380,000.[15]

In 2010, an Istat survey noticed that 24.7% were “experiencing the risks of […] social exclusion”.[16] A 2011 Caritas report confirmed that poverty in Italy did not only consist in financial deprivation, but also in exclusion from constitutional rights such as work, and decrease in the application of general social rights such as adequate wealth, decorous home and higher education.[17]

A dramatic fact in relation to the future of Italy is that youth is one of the social layers affected by inequality due to poverty. In a 2010 Eurispes survey, 83.2% Italians aged 18 to 39 had acquired a Bachelor degree, and 55.9% held a Master’s degree, yet the overwhelming majority were able to obtain only badly paid part-time jobs.[18] Youth unemployment figures have been high for several years. A 2011 Caritas report indicated 30% unemployed young people in the North and 50% in the South of Italy.[19] A 2016 Istat survey showed improvement of, but not a solution to, the problem.[20]

The expression “the youth question” has become common in Italian sociological and media discourse due to these facts, which are further aggravated by the necessity for several young people to emigrate in order to find jobs adequate to their qualifications. Istat gives a general figure of 147,000 Italian emigrants in 2015, 8% more than 2014. Most of them are highly qualified. The main destinations of Italian young emigrants in the 21st century have been Germany, the United Kingdom, Switzerland, France but also other economically attractive countries.

Vecchio’s inquest among young Italians shows a generation characterized by disappointment about lack of work and by expectations for non-traditional social roles.[21]

4. The condition of women

The position of women in Italian society has undoubtedly improved since the 1970s when strong feminist movements questioned traditional societal roles. Laws were passed, most notably a law on divorce (1970), the family law (1975), a law on abortion (1978), and regulations against sexual violence (1996).

In education, equality seems to exist. Women normally perform better than men; degrees are obtained by more women than men (58% of the total of graduates are women); and 67,7% of individuals enrolled in postgraduate courses are women.[22]

With reference to work, several women have achieved professional positions, but there is still discrimination in the level of salary between men and women, and fewer women than men achieve managerial positions. The average salary of women in Italy in 2016 was 5.5% lower than the average salary of men. This put Italy below some other European countries on the 50th position in the Job Pricing gender salary gap internationally.[23]

Significant changes have taken place in the last fifty years in relation to family. The average time for marrying (round the age of 30) is similar for women and men; contraception is not practiced only by 10.4% of couples;[24] and the birth rate is the lowest in Europe (1.35 in 2015).[25] However, inequality manifests itself in various ways. The reasons for the low number of births include scarce government welfare and late entrance into the labour market. Discrimination also takes place in relation to domestic work, still mostly conducted by women.[26] A disquieting set of statistics is about violence. According to 2014 Istat data, “6,788,000 women aged 16 to 70 were exposed to physical and sexual violence during their lives”.[27]

There are laws which control the migrant flux,[29] however difficulties have increased due to wars and other humanitarian emergencies in the last decade which have brought a high number of people to Europe via Sicily.

In Italy, immigrants, though in the best of occasions integrated, are still treated unequally in many cases. Extreme racism unfortunately took place on some occasions. In general, even legal immigrants often work in underpaid jobs and are exposed to prejudice. However, compared to previous surveys, the perception of immigrants as a threat to local jobs decreased from 44.6% nationally in 2008 to 26% of people interviewed in North-Eastern Italy in 2014, whereas the number of those who considered migrants as a positive resource remained almost stable from 44.6% in 2008 to 42% in 2014.[33] Some political groupings still campaign against immigration, counteracted by institutional agencies, charitable associations and cultural mediators who promote mutual understanding. Integration is favoured depending on where immigrants go, what their original cultures are, and what types of education and professional competence they have.