Hyunhee Song, CHILDREN AND “THE OTHER”: THE EASTERN AND WESTERN DRAGON 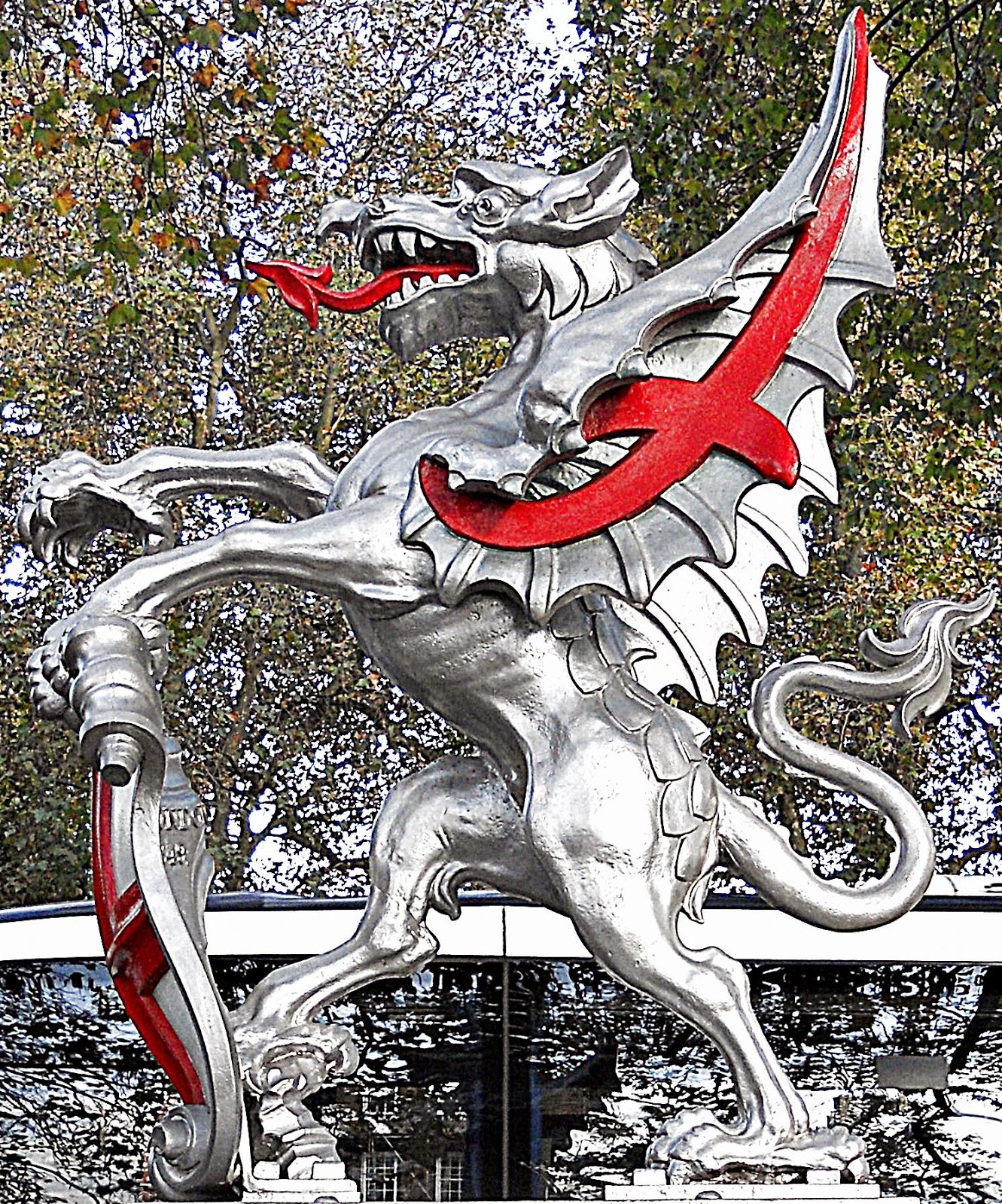 Dragons are special animals in the myths and folklore of many cultures. They have existed since ancient time. They can move from the past to the future at will. They occupy a special place in children’s literature because children understand and feel beyond the ordinary world whereas adults forget about the possibility of another world.

Eastern and Western dragons have similarities and differences linked to the cultures where they belong. Traditional Western dragons often have cruel and negative qualities, but their image in recent times has changed to resemble Eastern dragons, most of which have powerful external features (fire ability, steely tail) similar to Western dragons, but they show sympathetic feelings and enjoy the status of deities.

The characteristics of dragons both in the East and the West are complex and numerous. Some of their common features are reptilian attributes and flight abilities. They connect to water, are able to activate supernatural powers, blow toxic breath or fumes, and are guardians and emissaries.

There are several special beings arising from fantasies - unicorns, fairies, ghosts, and mythical figures. Yet, the dragon has perhaps more complex meanings than other fantastic beings because it inhabits both the real world and the world of fantasy.

In addition, the dragon has varying symbolic features - some stories present it as a dark creature, but, in other stories, it is positively powerful and good-natured. Both Western and Eastern children attach their own meanings to the dragon by focusing both on their bright and dark aspects. The dark side of children’s interpretation of the dragon is a reflection of the hidden side of human beings, as opposed to the bright side, or the side that they normally show explicitly.

In some cases, we are not sure whether the dragon’s characteristics are positive or negative. For instance, with regards specifically to the Eastern dragon, both in Hong Kong, Singapore, South Korea, and Taiwan, the “dragon” symbolizes “power” in economic growth. On the one hand, this is a positive meaning, yet, on the negative side, the existence of these economic powers might threaten other Asian countries

In China, in terms of Yin and Yang, taking their meaning here as “shadow” and “light”, the dragon has two faces – a bright one and a dark one. The Chinese dragon allegorizes imperial power, is one of the signs of the twelve animals of the Zodiac, is attributed the number Nine (a special number in China, especially for its imperial significance), and has five toes. The Four Dragons (of unknown authorship) is a Chinese legend, and a children’s picture book, in which dragons have different friendly attributes related to their names - Black, Yellow, Long, and Pearl. This story starts when there is no rain, and the four dragons decide to help people by becoming great rivers.

In Japan, the dragon symbolizes water deities (the Japanese believe that water and the dragon have a very sacred existence and are related to each other). On an opposite secular line, the dragon is the emblem of the Chunichi Dragons (a baseball team). In the manga entitled Dragon Ball, the dragon gives special powers to the main character Goku (we call Goku 손오공, Son-oh-kong, in Korea). This dragon has three toes.

The Korean dragon has a longer beard than in the previously mentioned countries. The Korean dragon story Shim Chung and the River Dragon is based on a traditional myth articulated around the power of the Ocean. The Korean dragon has four toes. At times the Korean dragon has Yeouiju, an orb to see the future which many people want to get hold of. Under the identity of Imugi, the Korean dragon looks like a huge sea snake, somehow like a Leviathan. The Korean Imugi is a native mythological creature which, in order to become a real dragon, must survive one thousand years, and its meaning is “good luck”. A modern version of the Imugi appears in the 2007 fantasy action film D-War by Shim Hyung-rae, which is about the change from Imugi to real dragon through the sacrifice of a young woman. Her external and internal sacrifice does not express just death, but a pleading for peace. We can find the innovative dragon in celebrity culture, see Korean singer G-Dragon, whose real name is Kwon Ji Yong, a celebrity-rapper in the pop-band called Big Bang. His popularity has spread due to his dragon-like image and the name he has adopted.

The characteristics of the Eastern dragon in general are wisdom, longevity, nobility, solemnity, holiness, good fortune, benevolence. The Eastern dragon looks like a snake with the combined addition of other animals. In fairytales and myth the Eastern dragon is portrayed as an auspicious creature with magical powers, lives in Heaven with the gods, is part of people’s daily lives, protects the harvest, and is propitious in general.

By contrast, the characteristics of the Western dragon are evil, darkness, violence, meanness and cruelty. This dragon is a nasty, malevolent water-monster and a horned dinosaur-like creature. Western dragons have wings (and in this respect they are more fantastic than Eastern dragons), and they have sharp teeth and strong legs to bring harm, suffering and fear to human beings. The person who killed a Western dragon is a great hero. The Western dragon has more darkness than the Eastern one.

We can find out some of the meaning of the traditional Western traditional dragon by reference to the Bible. Dragon here means monster - Leviathan (large sea monster), like in Herman Melville’s novel Moby Dick that is based on the Old Testament. In this context, dragon also means evil - Satan, the Devil (the red dragon in Europe). The Western dragon fights against St Michael, and it is a supernatural thing in legends derived from the New Testament. The description of the dragon in the Old Testament shows the dragon as a snake, and in popular culture we see it as such for instance in the recent movie Noah, where we can easily find the dragon-symbol as a vicious snake that lures pure people. The snake looks like an angel but leads human beings into temptation. After he slips out of his skin, he looks like a small Leviathan. This is the beginning of sin, deriving from the actions of a snake. This evil thing is therefore a monster with a Janus face.

More manifestations of the Old and New Testament evil dragon can be found in popular culture in the contemporary TV series Supernatural and the 2005 movie Constantine. These evil things have snake’s scales on their bodies. Snake scales show they have not a human but an animal and evil nature. The main characters of Supernatural and Constantine are male; they try to fight against evil. Their enemies change into anything and aim at harming the protagonists.

An example of a Western picture book is The Paper Bag Princess by Robert Munsch, a story where a vicious dragon kidnaps prince Ronald. Princess Elizabeth goes on a journey to rescue the prince, which she does after defeating the dragon. It is a simple story that shows the dragon’s strengths and weaknesses. This story, by playing with narrative clichés, would also seem to show that the Western dragon is not always scary.

In this respect, the dragon called Saphira, in the novel and film Eragon, is particularly interesting, because of a mixture of Western frightening external characteristics and benign internal Eastern features. Furthermore, Saphira is not a male dragon, and this is an unusual identity if compared to other dragon stories. I believe this style of dragon will expand in future.

We can still find the dark side in Western dragons, such as Norbert in the Harry Potter series. However now we can also easily find the changed meaning of the dragon. I mentioned Saphira of Eragon above. And there are more similar examples - such as Dav Pilkey’s Dragon series, Geoffroy De Pennarts’ Dragons series, Moon(dragon) of Baby Unicorn and Baby Dragon, and Yevaud of A Wizard of Earthsea. The shapes of the latter dragons have changed to appear cute rather than seriously threatening.

Movies contribute to keeping this phenomenon going. There are many movies of this kind: Dragon, How to Train Your Dragon, Transformers (Megatron), and the Percy Jackson series, The Voyage of the Dawn Treader, A Ward of Earthsea, Eberson, and so on. Most movies make a materialization and visualization possible from the original written works. In addition, the game industry offers a variety of dragons: Jabberscok of Alice: Madness Returns, Red Dragon of Warcraft, Lord of the Rings, The Legend elda-Dragon Roost Island, etc. All of these products, including music (see the previously mentioned G-Dragon), are connected with culture. The culture industry will be presumably more and more flourishing in future, and it is hoped that it will offer good texts to children.

A particularly significant story is Eastern Dragon, Western Dragon, by Robyn Eversole, illustrated by Scott Campbell. It is a very simple story in which, a very long time ago, the Eastern and Western dragons did not know each other, they lived on the opposite sides of the world. The Eastern dragon was sure that the Western dragon’s huge wings meant that he was strong. The Western dragon feared that the Eastern dragon’s long, swishy tail meant that he was fierce. When some meddlesome knights started a riff between the Eastern and Western kingdoms, the two dragons were finally forced to come face-to-face. After they met, they made friends and accepted their different meanings. The main point about this book is that difference is a positive feature.

The dragon is a unique character, especially with reference to children’s literature. In a sense, it is not important whether dragons exist or not and whether they are good or not. They might be characterized by darker features than other imaginary beings, but they allow children to have lots of fantasy and dreams, and expand the imagination beyond the boundaries of the real world.