Nguyen Tran Lam, EVEN IT UP: HOW TO TACKLE INEQUALITY IN VIETNAM 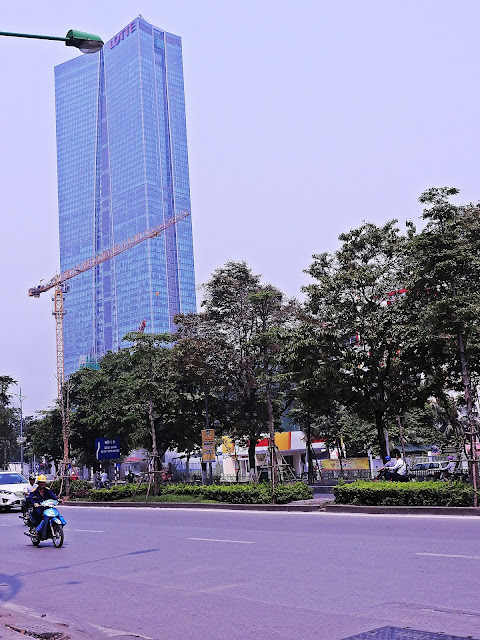 The authors underline how poverty has been significantly reduced in Vietnam since the new course that has launched and restructured the economy in 1986 (Đổi Mới, or Renewal, Change), promoting private business and foreign investment in addition to state owned companies and services. The Oxfam report states that, over a population of about eighty-seven million,

“nearly 30 million people have been lifted above the official poverty line since the 1990s, and the country’s human development index […] has risen significantly. Vietnam attained lower middle-income country status in 2009, and has achieved most of the Millennium Development Goals” (p. 70).

Nevertheless, inequality is a factor at present, and various types of poverty exist.

“In 2012, the Palma ratio for Vietnam was 1.74, meaning that the richest 10 percent of people had an income 1.74 times higher than the poorest 40 percent. The gap between the richest 20 percent and the rest has also been widening since 2004, and the number of ultra-wealthy individuals is also on the rise. In 2014, there were 210 super-rich individuals (those with more than $30m) in Vietnam, and their combined wealth was around $20bn - equivalent to 12 percent of the country’s GDP, or 1/2 GDP of Ho Chi Min City” (p. 7).

Inequality affects not only the significant gap between the rich and the poor, but also the range of opportunities available to different layers of the population.

Due to high costs and necessity for families to provide incomes based on works of most members, some of the fifty-four ethnic groups that constitute the population of Vietnam, as well as migrants from the countryside to the cities and a number of other less prosperous citizens have lower access to higher education. Education would be one of the channels to mobility towards higher classes than the class from which the previous generation started.

There are gender disparities with men earning on average 33 percent more than women.

Among other forms of inequality, health could be mentioned. Even though poor families are provided with health insurance cards, in practice “poor people still have to pay many other things such as expenses for health consultations and treatment, equipment and medicines” (p. 8).

The report states that in Vietnam “the government has made a constitutional commitment to guarantee equality and non-discrimination for all citizens” (p. 9). A number of steps in this direction have been taken, yet some problems seem to complicate the situation. In particular, one should mention corruption and a tax system that facilitates corporation tax by reducing it whereas VAT and other taxes have increased, thus affecting private citizens.

The main suggestion made by OXFAM is that “in order to ensure that the next thirty years see continued improvement in the lives of the poorest people, the government must take all forms of inequality into account - income, opportunity and voice inequality.” (p. 10).