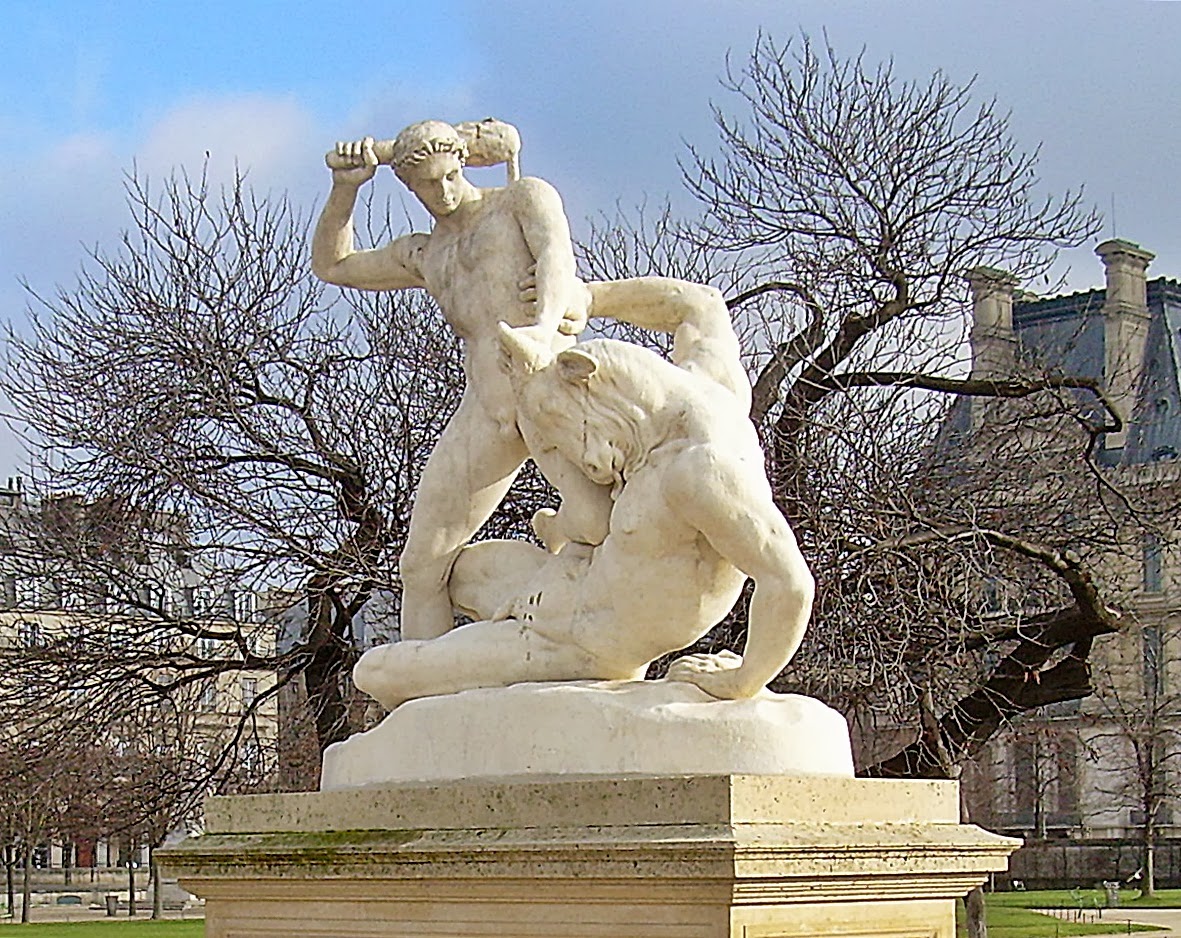 Simon Scarrow has published a number of novels based on classical antiquity, namely Rome [1]. Among other texts, he is the author of a number of books in a series called Gladiator, aimed at an early adolescent readership, and accompanied by a section called “Activities” where reading exercises of a school type are included.

This particular volume pivots around the figure of young Marcus. Adopted by a centurion who fought Spartacus, he believes this man is his real father. When some moneylenders kill the adoptive father, who has retired to the countryside, both his mother and himself are taken prisoners and sold as slaves. After Marcus succeeds in escaping, a ship owner discovers him when he hides as a stowaway, and sells him to a gladiator trainer. In the gladiator school, Marcus shows virtues of loyalty and good fighting skills. In a duel in an official show, he spares the life of his vengeful rival and saves the life of Julius Caesar’s daughter who had fallen into the circus where he was fighting some wolves. Thus, he becomes her bodyguard and hoes to finally clear his name and save his mother. Meanwhile he learns that he is not a centurion’s son but rather the son of Spartacus, the leader of the slave rebellion his adoptive father had contributed to put down, taking his mother as his wife.

The adventurous nature of this story should indeed appeal to the age group it is intended for. Some ethical aim pervades the novel by educating to virtues of faithfulness, equanimity, courage and endurance that go against the late modern crisis of traditional moral values. However, Marcus is depicted as a hero, more similar to film versions of antiquity than to classical literature. This does not mean that the historical details are inaccurate – on the contrary, Scarrow makes precise reference to historical events and figures.

On the whole, we have a typically late-modern best selling novel, partly derivative from antiquity, and partly alluding to film themes and procedures. The character of Spartacus has been often adopted in cinema and used as a symbol of freedom from oppression. The commercializing strategy includes a trailer like a film preview [2].

[1] General information on both Simon and Alex Scarrow can be found at The Official Scarrow Brothers’ Website. A Wikipedia page gives his biography and a list of the books published by series. http://en.wikipedia.org/wiki/Simon_Scarrow
[2] Gladiator by Simon Scarrow Trailer.
Pubblicato da Editorial desk a 09:53