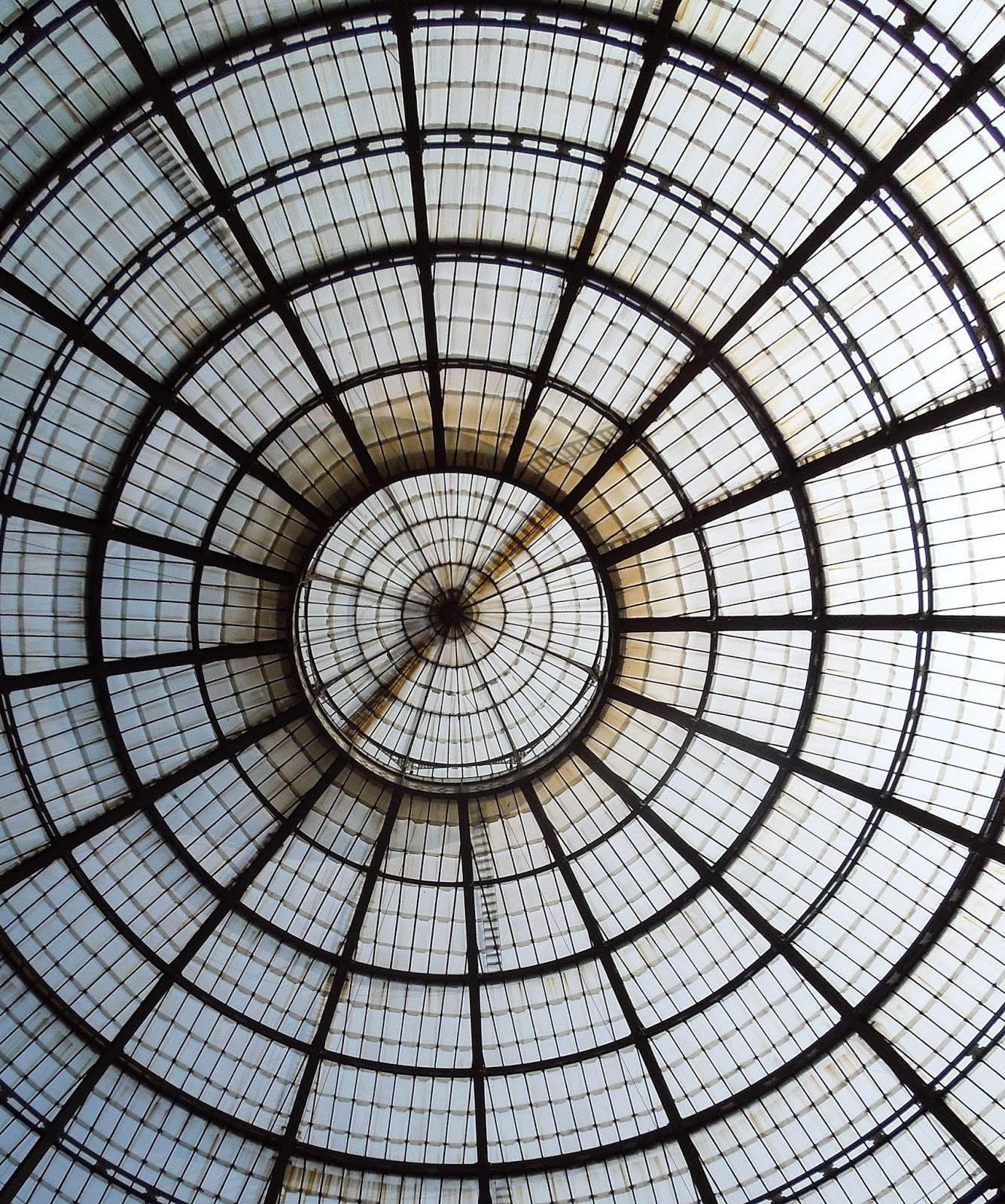 [Looking at the sky through the glass vault (Milan Galleria, 2014). Foto Rb]

Morvan is the scriptwriter, and Buchet the illustrator, of this comic published since 1998. Sillage is the name of a convoy of spaceships populated by individuals of a variety of races and traveling in search of planets to colonize. Nävis, the protagonist of the series, is an earthling colonized in young age. She has become an agent of Sillage. In episode 11, entitled Monde flottant, she is assigned the mission to go to a planet called RiBhehn in order to find Bobo, another agent, and a friend of hers. RiBhehn is ridden with a fight between a traditionalist and a modernizing faction. Sillage intervenes there because they are interested in graviton, a source of energy. In this episode there are several references to the East.

RiBhehn looks like an East Asian country, it is architecturally similar to China or Japan, and the way people dress and behave is based on the latter of these two countries.

In order to perform her mission, Nävis is changed temporarily into a biological organism like the inhabitants of RiBhehn, she looks like them and her brain has been modified to even express herself linguistically like them. The way in which this is rendered in the comic book is by adopting stereotypes on East Asia, and more in particular on Japan, as expressed by Western approaches. Some of the clichés are partly confirmed, especially some vague and simplified philosophical ideas and the martial arts. One character, a master of martial arts who has the task to instruct Nävis and guide her in her mission, utters mottos of orientalist wisdom such as “le silence est aussi communication”, and “As-tu sì de peur du vide en toi pour avoir tant besoin de remplir l’espace de bruits futiles”? (p. 28). These are clearly simplified reflections drawn from the repertoire of what Westerners thing Easterners think, rather than from a deep interpretation of oriental philosophy. In other words they serve the purpose to reconstruct an atmosphere rather than to convert readers to Eastern values. The motif itself of martial arts is rather clichéd.

However, an amount of relativity of values is somehow present in this story. We see that especially when Nävis is initiated to the tea ceremony and other traditional RiBhehn (aka Japanese) activities that are presented here as feminine. Nävis discusses the position of women on RiBhehn with herhosts, and while maintaining a Western feminist mentality, she does consider the possibility that women could have different roles. The author, through the views expresses by the RiBhehnese women, would appear to take a neutral position since he suggests that, far from being dominated by men as Nävis seems to believe, these women act on terms that are different from the protagonist’s views. One of them states: “La vrai égalité ne peut être que complementarité” (p. 31). At this statement, Nävis apologizes, she has learnt a new way of thinking. Respect for cultural diversity is obviously expressed here.

Bobo goes on a mission to RiBhehn, however after a while he is won over to the exotic atmosphere of this place. He explains: “Aprés quelque temps sur cette planète, l’atmosphere si… si particulière qui y regne m’a seduit. J’ai décidé de soutenir les défenseurs de cette culture” (p. 37). His attitude is therefore one of interest and sympathy, and, in allegorical terms, a variety of positive orientalism.

By and large we have here a simplification of values but also a certain admiration of the Orient, accompanied by integration into the story of some of the Eastern ideas and moral teachings.