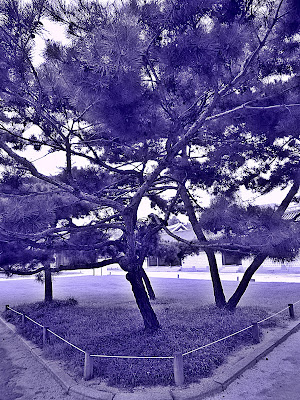 
Antiquity survives in modernity. Classics are chosen for diverse reasons and mixed with other sources by modern writers both in reverential and irreverent ways, within a context of literary continuities and discontinuities. This short article is concerned with the ways in which some Eastern sources have been hybridized, integrated and reinterpreted in Stefano Benni’s novel TERRA! (1983) [1].

In this science fiction novel the Earth, in a far future, is buried under ice following a number of nuclear wars. Energy is very limited but a new planet where Earthlings could live in a better climatic situation is discovered in outer space, so three different expeditions are sent - one is organized by the Aramerussians (a coalition of Arabs, Americans and Russians), the second one by the European and Chinese Federation, and the third one the Japanese. Meanwhile excavation brings to light a source of energy hidden where the Peruvian city of Cuzco used to be. Eventually the two strands of quest are unified, and the mystery of an underground labyrinth in Peru links up with the exploration of the outer space planet. It was the Sino-European spaceship that, caught in time-warp, travelled to Inca times and organized from that era the solution to future energy problems for the Earthlings of the historical period when the mainline story is set.

This work might appear on the surface removed from antiquity and the classics, whereas in reality it refers to them through parody within a network of eclectic intertextuality. The undercurrent of literary tribute paid to classical authors is one of the ways in which Benni confers ethical significance to his jocular stories.

Benni integrates aspects of Oriental cultures from antiquity into his novels and mixes them with modern sources, borrowing at times even from cinema or tv. We find a soothsayer called Al-Dabih. Two of the characters are a Chinese philosopher-telepath called Fang and another telepath called Mei who adopt Taoist and Confucian views. Benni quotes some Chinese poems, for examples one by Emperor Wu Ti [T, 64].

Benni’s own variety of eclectic integration of Western and Eastern, high brow and low brow, and old and new literary references is somehow akin to Kraidy’s concept of hybridity within the framework of globalization. Since ‘traces of other cultures exist in every culture’ [2], Benni borrows simultaneously from different times in a globalized space where a variety of cultures cohabit. However his purpose goes against what Kraidy sees as the logic of capitalism based on ‘offering foreign media and marketers transcultural wedges for forging affective links between their commodities and local communities’ [3]. Benni’s mixtures of literary genres found in mass produced literature are easily read, thus accessible to his readers, but also thought provoking. In TERRA!, while entertaining and eliciting laughter, he warns against the insanity of war and the risk of running out of energy sources.

In TERRA! the future cultures derived from contemporary Eastern cultures are partly parodied but also partly stereotyped. For instance, derived from Japanese micro-technologies, we find a Japanese spaceship reduced to minimum size and manned by a group of intelligent mice. He mocks what he sees as Western, and especially European traits, such as inefficiency and aptitude to rationalization and philosophising.

In Swiftean mode, Benni appears to be mocking humankind as a whole, he also asserts cultural relativity in a number of passages. However his reference to classical literature and ideologies, despite hybridity and apparent irreverence to the sources, is rather respectful of the archaic world, and cultures other than European (in particular Inca and Chinese traditions). It is in fact from a combination of Inca quipu knots and Chinese I Ching patterns that the mystery of the missing source of energy is solved. His recycling of the archaic into postmodernism would seem to be a way of facilitating its absorption by a modern readership.

In TERRA! there is contrast between a European view of science understood as technological and hyper-rational, even accompanied by a sense of superiority, and a Chinese traditional outlook based on the observation of natural phenomena and philosophy. In another passage, in order to object to Fang’s view, based on persuasions from antiquity, that “agriculture depends on the sun, the lunar phases, and the rain”, a character called Einstein (a European child-prodigy) says: “Agriculture is one thing, magic another, and science yet a third”, and Fang replies: “Magic [...] is related to the earth, its cycles, its changes, magicians study these with great attention, just as scientists do” (T, 197). Some integration between traditional Eastern and Western philosophies, however, is suggested when we discover that Einstein’s background is partly Chinese (he was born as a lab experiment performed by a Chinese scientist, and his full name is Frank Ling Ti Einstein).

Philosophy, magic and science co-operate in Benni’s mentality since they are seen as different faces of the interpretation of the real world and nature, and this is ascribed implicitly by the author to Chinese influence, thus his orientalism would appear to be of a constructive and non euro-centred type, even though it does not constitute a philologically literal variety of text. With regards to antiquity, in Benni’s work the modern inherit the ideas of the ancient. In brief, it would seem that classical sources do not die in late modernity, even though at times they are distorted in order to be revived as it is the case with TERRA!