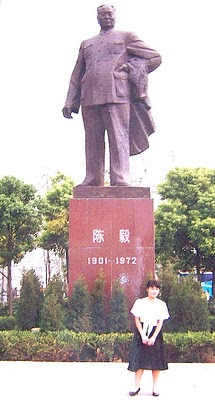 I get along with my friend with a camera because we have similar taste in people, forms of entertainment, and coffee. We also have similar brown hair but mine is curly.