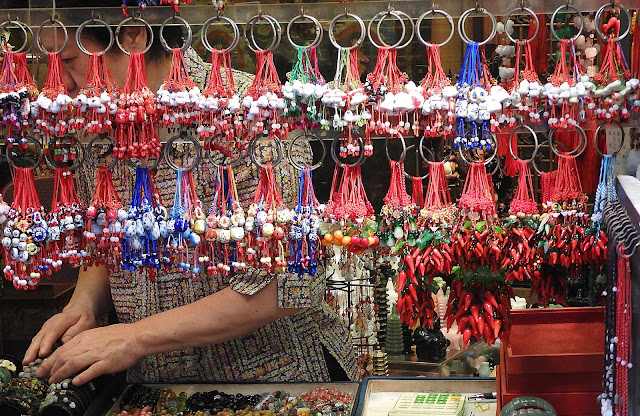 
Based on Eileen Chang’s story by the same title, this is an elegant film, set between Shanghai and Hong Kong from the end of the 1930s to 1941, the year of the Japanese occupation of Hong Kong.


Family, solitude, modernity and tradition, social and personal identity, love and opportunity are all themes in this well executed film characterized not only by secure direction but also by good acting and a perceptive reading of the literary text on which it is based.


The female protagonist is Bai Liusu, a 28 year old widow who divorced her husband before he died and went back to her original family within which she has an awkward position due to social stigma. A friend and a family member help her to come in contact with Fan Liuyuan, a wealthy Malaysian Chinese who lived in Europe and has returned to China, with the hopeful prospect of marriage.


The relationship is difficult. They are clearly interested in each other, but he is a womanizer and rejects the idea of marriage. Their personalities differ widely - he is extraverted whereas Liusu is reticent and reserved. She eventually accepts the position of lover, but it is the impact of the Japanese invasion which brings Liuyuan to a mature decision to marry her, while they both find solidarity for each other in the social tragedy and realize that their friendship was rather love than simply affection.


The milieu of the Chinese bourgeoisie of the 1930s is rendered well, with the contradiction between traditional attitudes and modernized behaviour. Luxury and class differences in the two cosmopolitan and prosperous cities of Shanghai and Hong Kong are also described.