THE CAMBRIDGE COMPANION TO SCIENCE FICTION 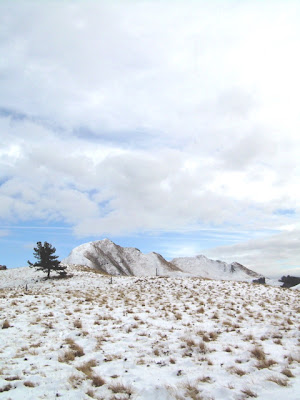 As James Gunn notes, the phenomenon called science fiction “started in the pulp magazines invented in 1896 by Frank A. Munsey”. Verne called his stories “voyages extraordinaires”. Wells use the term “scientific romances”. The term “science fiction” was first used by Hugo Gernsback in 1929 (Gernsback had founded the magazine Amazing Stories in 1926) (p. xvi).

The status of science fiction as a genre in uncertain, in fact, as Mendlesohn points out, “Science fiction is less a genre – a body of writing from which one can expect plot elements and specific tropes – than an ongoing discussion”. Science fiction may be seen as “a mode of writing which has seemed to exist at variance from the standards and demands of both the literary establishment and the mass market” (p. 1). Science fiction is rather eclectic: it “is quite happy to extract its plot structures from any available genre” (p. 3).

In the English-speaking world, the antecedents of science fiction are authors such as Edgar Allan Poe, Mary Shelley, H.G. Wells. The adventurous phase was followed by speculative fiction and what is generally called space opera. The New Wave of the 1960s pointed more clearly in the direction of more experimental writing and social issues. Since the 1980s (John Clute’s essay, pp. 64-78), magazines have declined. What has prevailed is books, and most of all film, television and computer games. The science fiction genre has become more institutionalized, and academics have shown more propensity to analyse it. Themes have adapted to the changing worlds (cyberpunk and other aspects).

One of the essays in this collection is Istvan Csicsery-Ronay, Jr, “Marxist theory and science fiction” (pp. 113-24). Marxists have paid special attention to science fiction with reference to the future imagined societies in particular. Wells himself was a socialist. The main recent critics of Marxist origin are Darko Suvin with his concepts of “cognitive estrangement, the novum" (or cognitive innovation), and "science fiction’s genetic link with utopia” (explained pp. 118-19), and Fredrick Jameson, instead, “concentrated on the concept of negative totality” or the opposite of utopia and he “argued that science fictions are fantastic displacements of the present’s ideological contradictions into the future” (p. 121).

Only a small number of the essays collected in this volume have been mentioned here. Some chapters are on science fiction and gender, and postmodernism. The volume on the whole is useful, well thought and well organized, flexible in genre definition and positively open to a variety of contributions.