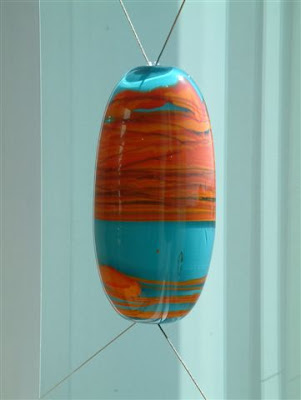 
The outright winner of this year's prestigious Premio Vittorini [Vittorini Prize], Maria Attanasio's splendid novel IL FALSARIO DI CALTAGIRONE confirms her not only as one of Italy's most interesting contemporary writers, but also an innovative and unique voice within the panorama of Sicilian narrative.

Consolo's portrait of Attanasio is one that is suffused with respect and admiration: her authentic poetic voice, her civil outrage and her determined refusal to accept the status quo are all set against the background of some of the most appalling scenes of social degradation and mafia abuse in the narrative. Aspects of this portrait are also abundantly evident in the narrative of IL FALSARIO DI CALTAGIRONE.

The novel deftly reconstructs the life and (mis)adventures of the historical figure Paolo Ciulla from extensive research in archives, court documents and journalistic notices, alongside an acute manipulation of local legend. To this is added Attanasio's powerful imagination which puts flesh on the bones of this enigmatic figure and infuses the narrative with a rich vein of metaphorical figuring. The result is a veritable intersection and interface between history and invention, prose and poetry, description and revelation, biography and fantasy.

Attanasio's protagonist is Paolo Ciulla, an artist of some note who was born in Caltagirone in 1867 and who died in a home for the indigent in 1931. Thus the arch of the narrative covers the turbulent newly-united Italy to the early years of Fascism. This is not the first time that the figure of Ciulla has received novelistic treatment: Antonio Aniante (pseudonym of Antonio Rapisarda, 1900-1983) wrote the now forgotten IL PARADISO DEI QUINDICI ANNI (Milan, Ceschia, 1929) based on the life and times of Ciulla. Between the end of the nineteenth and the beginning of the twentieth-century, because of his affiliations to anarchic and socialist groupings, in particular the Fasci Siciliani - the first movement of mass protest in the united Italy - and an unabashed homosexuality, Attanasio's Ciulla departs Sicily in a form of self-exile, first to Rome and then Paris. It is in Paris that he meets Pablo Picasso and Modigliani, frequents the Montmartre and reinvents himself as an official copyist at the Louvre. His own pictorial work begins to be noticed, but as was the case in Sicily, darker forces within him lead him to abandon his dream of an artistic breakthrough and leave Paris for South America - first Brazil, before establishing himself in Argentina. It is in Buenos Aires that Ciulla becomes embroiled in counterfeiting, lending his prodigious, though ultimately failed, artistic excellence to the production of near-perfect pesos. However, Ciulla's involvement in this activity is represented in terms that are deeply political: appalled by the injustices he sees around him, forgery becomes a political act of defiance, a form of ethical protest. Ciulla is discovered, arrested and placed in an asylum.

Released in 1916, Ciulla immediately returns to Europe and the Sicily of his youth. There, he quickly puts his talents for mixing colours to use and fabricating the perfect (fake) banknotes, and becomes one of history's greatest forgers. Indeed, forgery becomes a guiding metaphor for the whole work, and resonates in its relationship to figurative art and to literature. Attanasio's novel itself could be said to partake in a subtle game revolving around the dialect of truth and falsity. Ciulla's fake banknotes of 500 lire are of near perfection that even the Bank of Italy praised their quality. But again, Ciulla's personal motivation is political and he distributes them among Catania's poor, thus becoming a figure of popular legend: a Sicilian Robin Hood. Attanasio writes that he was an "artista, che per sete di giustizia si trasforma in disinteressato giustiziere di uno stato sordo e lontano" [an artist, who out of a thirst for justice transformed himself into a disinterested avenger of a deaf and distant state] (p. 168). Ciulla's forging takes place between 1920 and 1922 before he was arrested alongside his accomplices, though at this point he is almost blind because of the effects of the various acids he used in his pursuit of artistic-counterfeit perfection. The pages which recount the trial constitute the ethical-artistic climax and nexus of the novel. It is here that Ciulla truly becomes a folk hero and recounts his own story, in his own words in an almost Beckettian flurry: fame and recognition finally visit this tortured soul as he unveils his truth, reveals his traumas, rights the wrongs of which he was victim, and proclaims his artistic self. In the novel he states: "Finalmente, adesso sì che mi giudicheranno un grande artista. È inutile a questo mondo bisogna far qualcosa contro le leggi per acquistare fama" [Finally, yes, now they will judge me a great artist. It's useless, in order to acquire fame in this world, you have to do something outside the law] (p. 169). In fact, out of all the others on trial Ciulla receives the least harsh sentence, reduced to five years. It is a "condanna necessaria per far ritrovare al falsario Paolo Ciulla la sua identità d'artista che - coniugando nella contraffazione bellezza e giustizia, simulazione e verità - veniva, con quella sentenza, dal tribunale pirandelliamente conclamata" [a necessary sentence which allowed the forger Paolo Ciulla to find once more his artistic identity which - fusing beauty and justice, simulation and truth through counterfeiting - was, with that sentence, hailed in a Pirandellian fashion by the court] (p. 177). However, Attanasio is not merely recounting the major episodes of a noted event in popular memory, the language of the court and some of the reporting newspapers reflect the restrictive and censorial ideology of Fascism. Indeed, throughout the novel, the various political phases of Italy which inform Ciulla's life are interwoven with great care in the narrative and historical characters are real presences adding to the richness of Attanasio's canvas. There is even a cameo from Giovanni Verga and Federico De Roberto, who appear in the Giannotta bookshop as Ciulla passes. Thus Attanasio implicates a whole society in both its political and cultural groupings and sets the figure of Paolo Ciulla as the perennial outsider and therefore privileged conscience and voice of his era.

In an authorial "Pre-testo" at the end of the novel Attanasio evokes the vague childhood and popular memory of chiddu ri sordi farsi, which for her is a metaphor for a miraculous salvation in times of economic hardship, but also metaphor for the perfect swindle, the faultless sham. She quotes from Marguerite Yourcenar's reflections on how the characters of historical novels ought to reflect the times in which they are figured in order to inscribe a specific reality on these imagined characters; without this reality the historical novel is nothing but a masked ball. But as Attanasio points out, the same is also true of real lived lives, especially those who left only fragile and elusive traces of themselves. Collective history, imagined biography and a distinctive narrative voice are just some of the attributes of this novel - a novel which will undoubtedly take its place in the pantheon of the great Sicilian historical novels.