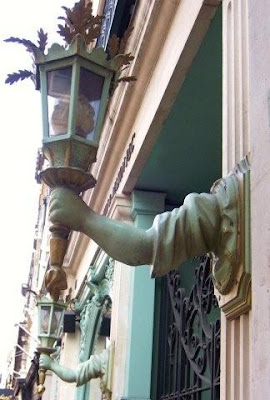 [Who are we? Where are our bodies? (From the walls of London). Foto di Marzia Poerio]

The authors of DISCOURSE AND IDENTITY (Edinburgh University Press, 2006) analyse individual and social discursive identity on the basis of interviews and other contemporary types of discourse, and they show how, in late modernity, identity is both socially constructed and perceived by individuals as essential to their existential definition.

Some sections of the volume are devoted to identity founded on consumerism, and in particular on that kind of commodity which is self-advertisement on the web.

Personal life narratives are also considered, and they are seen as ways of assessing the position of biography in relation to identity.

Space and location are taken into account, and they deemed relevant to identity formation.

Chapter 1 usefully focuses on identity theories since the Enlightenment (Descartes and Locke) and Romanticism (with its exclusive attention to the self). The main recent concepts detailed are Giddens' life narratives and dislocation of the self within the context of globalization; Baudrillard's difference between reality and representation; Bauman's liquid modernity and commodified identities; Beck's observations on insecurity and risk; Bhabha's analysis of hybridity; S. Hall's approach to the diaspora; Gramsci's arguments on hegemony; Foucault's discursive practices; and Taylor's elaboration of the intersubjective and reflective self.

A number of other theories are explored in this dense and intellectually stimulating book.