21st-CENTURY DYSTOPIA AND UTOPIA, AND A RE-CENTRING OF HUMANISM (Part 2) 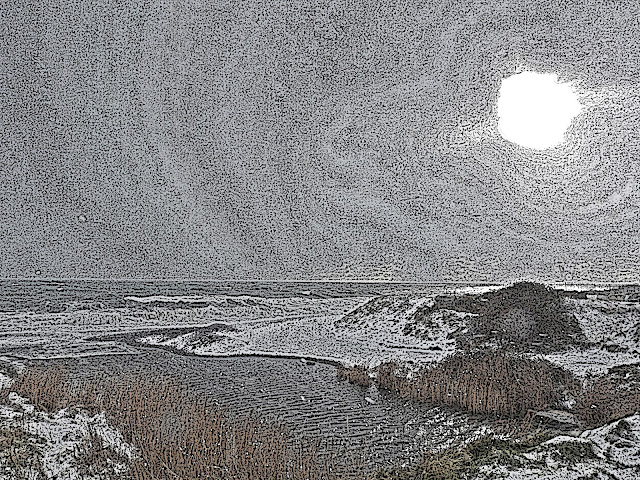 The first part of this paper was published in Carte Allineate, 3, 2018. Part 2 follows below:

First, as we shall see a few lines below, utopia is not necessarily separate from reality as in Mannheim’s definition: “A state of mind is utopian when it is incongruous with the state of reality within which it occurs”.[1] And in any case, as Mannheim himself puts it, “it is possible that the utopias of today might become the realities of to-morrow”.[2]

Second, total utopia (e.g. More, Campanella, Fourier) is probably unsuitable for the present time. A more useful concept could be Italo Calvino’s “dust like utopia”,[3] or a set of actions and thoughts that might positively modify the world in which we dwell, called by Calvino “the inferno where we live every day” in his book Invisible Cities.[4]

Third, one might associate the concept of “dust like utopia” with the possibility of “realistic utopias” to be started now. Even more than to Rawls’ concept of “realistic utopia” understood as justice in international relations,[5] one might refer here to Eric Olin Wright’s “egalitarian visions of an alternative world”,[6] to be pursued in non-violent ways through “the capacity to mobilize people for voluntary collective actions of various sorts”.[7] Olin Wright’s “real utopia” has highly democratic criteria which “constitute viable alternatives to existing arrangements” and “contribute to […] social empowerment”.[8] Some of the existing examples this author gives are the projects realized in Porto Alegre and the running of Wikipedia. Further projects of real utopia should be formulated especially in relation to equality, an issue which has been explored widely by fundamental authors such as Thomas Piketty, David Harvey and Joseph Stiglitz.[9]

Fourth, and most prominently, anti-Machiavellian humanism should be encouraged based on the important values of solidarity, compassion and ethical behaviour.

Fifth, the humanist stance of this paper does not exclude awareness of some changes in society that are at times called post-human. In its mirroring of contemporary concerns, science fiction films depict post-human worlds both in terms of societies lacking benevolence and of beings integrating human and cybernetic organs. In the East one might refer to Japanese Cutie Honey: Tears, mentioned above. Perhaps the clearest Western examples are Ridley Scott’s Blade Runner (1982) and its sequel Blade Runner 2049, directed by Denis Villeneuve (2017). In the Blade Runner films we find sensational rapid stunts but also important ethical preoccupations on what it means to live in a non-fully anthropocentric world. The artificial intelligence beings in these two works develop an individual conscience of their own which leads them to rebel against human beings in the first film, and to give birth and create a new half-human and half-cybernetic race in the sequel. As a point of reference to dystopian/utopian anticipation of real and present scientific and philosophical concerns, some of Rosi Braidotti’s theory on post-humanism might be applied in this case.[10] She questions unethical versions of post-humanism and she sides by an ethics of vitality that takes into account the direction towards post-humanity, which in her view would appear to be irreversible. This ethical idea is rather intriguing, even though the present writer is diffident towards post prefixes and interested instead in the main semantic content, the word humanism. Similarly, under the aegis of the concept of the post-human, non-anthropocentric views are expressed, among others, by Leonardo Caffo.[11] Questioning anthropocentrism in the name of fair opportunities for of all living beings is a valid idea, yet, once again it is unclear why it should come under the headline of post-humanism instead of merely humanism. Therefore, the transparent mere idea of humanism is what is relaunched here for our present and future.

The aesthetic stance in favour of humane and reflective commitment, as expressed by discussing a few science fiction films in the first part of this paper,  and the ethical and social concerns conveyed above on the formulation of a collective variety of humanism, seemed to have fallen to the margins this century, but they deserve to be re-centred as it is shown by reflection taking place in recent sociology and philosophy, some example of which have been briefly illustrated in the second part. The problem is global. On a worldwide scale, the theory and practice of realistic utopias has become urgent, and it is therefore worthwhile to undertake it.