21st-CENTURY DYSTOPIA AND UTOPIA, AND A RE-CENTRING OF HUMANISM (Part 1) 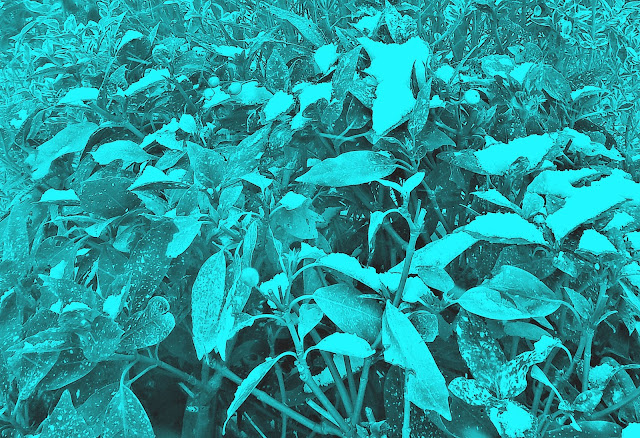 
The first part of this paper, published in this issue, proposes to look at some international science-fiction films that explore human society and behaviour in either a negative or positive light, and more specifically in terms of dystopia and utopia. The second part, to be published in the next issue of Carte allineate, will focus mainly on some essays on post-humanism and inequality. On the whole, this paper expresses a need to re-centre humanist ethical and aesthetic values.

1. Some samples of 21st century dystopian and utopian science fiction


Commercialized dystopian science fiction worldwide, accompanied by an ideology of cynicism and an aesthetics of spectacular exaggeration, seems to be one of the current prevalent strategies of literary and cinematic globalized representation of the imminent future.

A Western example is the series of films The Hunger Games, directed by Francis Lawrence and Gary Ross (2012-2015), based on Suzanne Collins’ novels. This group of films depicts a social dystopian society where the politics of the ruling elite are all-winning, but the oppressed finally stage a revolt. Its aesthetics appears rather excessive in portraying the killing techniques of the archery-based games which give the title to the series, and in depicting the violent means adopted by strong-willed adolescent heroes to lead a revolution. The main social background is progressive and supports collective action, but the motif of brutal combat is commercial. One might argue that, by contrast to its anti-establishment political ideology, the action side of the film aims at entertaining and increasing sales.


An Eastern example might be Korean director Bong Joon Ho’s film Snowpiercer (2013), based on Transperceneige, a graphic novel by Jacques Lob, Benjamin Legrand and Jean-Marc Rochette.[2] As the present author stated in a previously published essay,[3] this film combines synergies of Eastern and Western cinematography and it constitutes a globalized popular product for consumption, intended for those who like fast action and violence. The message conveyed is rather black since the plot focuses on the fight of human beings against their fellow human beings until most die. Yet, the survival of two innocent young characters, a girl and a boy, would seem to indicate the possibility of a post-apocalyptic positive future of rebirth of humankind.


More moderate in spectacular aesthetics and more serious in thoughtful content, though still a partly cliched action work deploying use of martial arts, is Japanese film Cutie Honey: Tears (2017), directed by Asai Takeshi, a story of integration as well as conflict between humans and cyborgs in a dystopian society. A final duel ends with the defeat of evil dictatorial political power, and it is therefore suggested that dystopia based on greed, inequality and insane totalitarianism might give way to the utopia of wiser humans and cyborgs able to cooperate and cope with excessively uneven class distinction, environmental pollution, and the peril represented by emotionless cynicism.


Several more recent examples of globalized spectacular science fiction might be quoted here, including perhaps, most famously, the recent episodes of the Star Wars saga, the so-called Sequel Trilogy (2015-2017), directed by J.J. Abrams and Ryan Johnson, in which freedom fighters operate in action stories that are typical in commercial entertainment, thus standing a few steps apart from philosophical reflection, accurate representation of the negative sides of society, and realistic portrayal of a credible war situation. Surely the archetypal fight of Shadow (“the dark side”) against Wisdom adds interesting Jungian connotations to this story,[4] yet its potential for social analysis and introspection is obscured by exaggerated evil doing and noisy battles similar both to cliched air duels from Second World War movies and fast contemporary video games.


Dystopia and utopia could be a way to identify the plague of society and ways out of them. This was the case with world-wide well known classic predecessors, such as Lucian, Jonathan Swift, and H.G. Wells in Western literature. In the East, with due caution for difference in philosophical approaches between Europe and China, one could perhaps mention Confucius, and even Mao Zedong as Douwe Fokkema does,[5] and among the numerous modern utopian and dystopian classics from Japan, one of the most prominently translated into Western languages is Ryūnosuke Akutagawa’s Kappa.[6] However, contemporary spectacular commercialization defeats the committed purpose of this kind of works because, as suggested by the cinematic examples listed above, it results, partly if not entirely, in banalization of serious questions, accompanied by mere entertainment which is at contrast with dramatic sociological scenarios.


Perhaps, what we need in the place of 21st-century spectacular dystopia is a projection towards constructive changes in mentality, and a realistic, yet imaginative belief that the future can be modified to the benefit of sentient beings. On the level of aesthetics, a reflective and non-spectacular poetics, addressed to the analysing mind and the compassionate emotions of film-goers, might be preferable to loud and violent shows and special effects. Let us see two examples: Jennifer Phang’s film Advantageous (2015), and a film directed by Denis Villeneuve, entitled Arrival (2016) and based on Ted Chiang’s “Story of your life”.[7]


A few words, first, on Advantageous. The style of this socially committed science fiction film is elegant. It averts sensational statements and imagery, thus enhancing its content in a thoughtful, and therefore intellectually effective way. The acting has good theatrical quality. The main topic is the development of automation and artificial intelligence with a number of negative social consequences such as high rates of unemployment, increase of inequality, the collapse of the middle class, and in particular the social disadvantage of women. The fifty-year-old woman-model and manager protagonist, confronted with being fired due to age, and in order to keep an adequate level of employment, undertakes an experiment conducted by her firm, during which her brain is transferred into a younger body. The operation is successful, but a number of problems appear in her second life, in particular her maternal love vanishes, and as a result her emotions change and her family life is damaged. In addition to the main themes of eugenics and the evolution of work in an imminent post-human future, this thoughtful film mentions terrorist attacks that take place in the background among the indifference of most spectators; future technological objects imagined functionally and realistically; high-rising urbanization; in brief a future that we can understand and on which we have to reflect because it derives from problems we are beginning to confront now.


Moving on to Arrival, we witness the landing of an extra-terrestrial spaceship piloted by non-anthropomorphic beings called “Eptapodes”. A team of Earthlings attempt to decipher their difficult language comprised of “semagrams”, or circular symbols carrying meaning. This language is predictive, and its scientific foundation can be found in Fermat’s principle: “light travels between two points along the path that requires the least time, as compared to other nearby paths”.[8] The Eptapode language can see into the future, but a component of free-will is entrusted to the choice to follow or not follow predestined paths. The Eptapodes have come to Earth to help human beings because they know the planet Earth is in danger, and they predict an emergency in their own planet which will be helped by Earthlings in the long-term of three millennia. This is why, before they suddenly and somewhat inexplicably take off, the Eptapodes leave an unspecified gift, but one can guess the gift is their language itself. Human interpretation of this language prevents a war among the superpowers of our planet and opens a future of collaboration and unification between all countries on Earth. This story is complex, well-articulated, rather intellectual but not especially elitist, it is in fact democratically intended for a wide audience at multiple levels of education. The film is visually moderate in special effects, yet imaginative and surreal, with the aliens’ spaceship partly comparable to paintings by Magritte, and a curved variation on Stanley Kubrick’s monolith from 2001: A Space Odissey. The utopian last section of Arrival prefigures a future in which human beings have to collaborate with each other for survival. The actors are not superhuman but ordinary beings. A pensive film, it runs opposite to the main trend of flashy and trivial plots.


Other than dystopia as found in Advantageous, we have utopia in Arrival, yet in both cases science fiction is adopted for its potential to engage audiences to react rationally to sociological ideas on the “risk society” in which we already live,[9] and analyse the human condition also from psychological and existential perspectives.


From a global angle, in addition to multicultural aspects in the life of United States authors Phang and Chiang (Phang’s Vietnamese and Malaysian-Chinese heritage, and Chiang’s Chinese parents), one could mention the attention paid by French Canadian director Villeneuve to initial divergence and final cooperation between China and the West. Furthermore, the Eptapode language might originate from Oriental characters rather than a Western alphabet. There is a serious scientific and linguistic substratum, and the representation of the other under the guise of an extra-terrestrial civilization is politically correct since it depicts biological difference of non-humans from humans while it enhances the importance of intercultural communication and mutual understanding. These non-cliched cosmopolitan comparisons and integrations of intellectual elements are indeed deeper than the stereotyped references of some science fiction films from Hollywood to Eastern culture simply by means of devices such as Oriental martial arts.

[1] This is a virtual Presentation Paper for ACAH 2018, The Asian Conference on the Arts and Humanities, Kobe, Japan - March 30 to April 1, 2018.
[2] Transperceneige (graphic novel 1984-2000), Tournai, Casterman, 2013.
[3] Roberto Bertoni, “East/West Interaction in Some Comics Written in French”, in Roberto Bertoni, ed., Aspects of science fiction since the 1980s: China, Italy, Japan, Korea, Trinity College Dublin and Trauben Turin, 2015, pp. 23-42.
[4] As noted, among others, by Christopher Booker in The Seven Basic Plots, London and New York, Continuum, 2014.
[5] Dowe Fokkema, Perfect Worlds: Utopian Fiction in China and the West, Amsterdam University Press, 2011. See in particular, in Chapter 7, the section entitled “The Confucian Concept of Perfect Virtue”, pp. 166-171, and Chapter 15, “Mao Zedong’s Utopian Thought and the Post-Mao Imaginative Response”, pp. 321-344.
[6] Among essays on Japanese utopia and dystopia, see Susan J. Napier, The Fantastic in Modern Japanese Literature: The Subversion of Modernity, London and New York, Routledge, 1996. See in particular Chapters 5, “Logic of Inversion: Twentieth-Century Japanese Utopias”, and Chapter 6, “The Dystopian Imagination: From the Asylum through the Labyrinth to the End of the World”, pp. 141-220.
[7] Ted Chang, Stories of Your Life and Others, London, Picador, 2015. Previous versions of the ideas expressed here on Advantageous and Arrival had been published in Italian under the form of reviews in online journal Carte allineate (ISSN 2009-7123), available from:
http://cartescoperterecensionietesti.blogspot.ie/2015/12/jennifer-phang-advantageous.html;
and: http://cartescoperterecensionietesti.blogspot.ie/2016/12/denis-villeneuve-arrival.html.
[8] http://scipp.ucsc.edu/~haber/ph5B/fermat09.pdf.
[9] See Ulrich Beck, Risk Society, London, Sage, 2002.