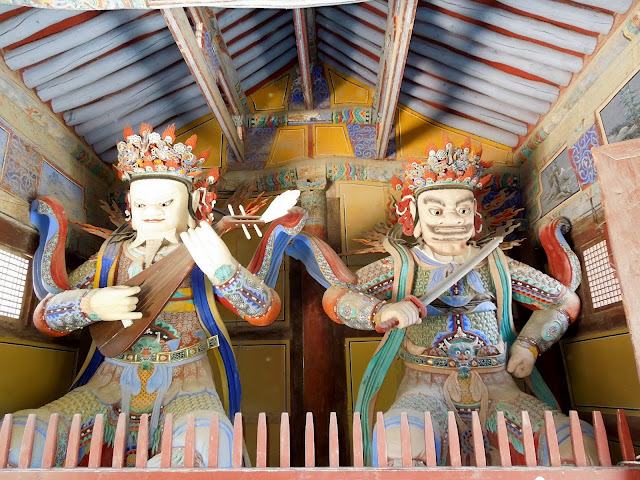 
Subtitle: From the Celts to the counter-culture and beyond. Sheffield (UK) and Bristol (CT, USA), 2013

This book opens with the following paragraph:

“The history of Buddhism and Ireland is at times tenuous, but it is not short. From the seventh century if not the sixth, accounts of Buddhism by Europeans circulated in Ireland and the broad Irish world continuously, though often with a considerable time lag. The distribution and quality of this information expanded greatly from the mid-thirteenth century, and again from the sixteenth century. In the nineteenth century in particular, Irish people became part of the process of producing knowledge about Buddhist Asia via the British Empire, missionary work and Orientalist scholarship” (p. 1).

Cox tracks down the origin and early development of Buddhism in relation to Ireland in the centuries indicated above, and then he explores Buddhist Ireland at the turn of the 19th and the beginning of the 20th century, and continues on in the last two chapters with the Irish Buddhist waves of the 1960s-1970s and the last twenty years. The result is a history of Ireland interconnection with Buddhism to a scale of study that to the best of our knowledge had so far been unprecedented.

In addition to the historical dimension, a refreshing aspect is the method of analysis employed, based on ethnic, nationalist and gender studies on the one hand, and mainly on the other on Marxism. In the author’s own words, partly derived from Gramsci’s interpretation of hegemony, “this book adopts a western Marxist approach to western Buddhism, which sees popular religion as collective agency that can be analysed in terms of the needs it expresses, the vision it articulates and the times it sets to action” (p. 12). On the level of class analysis, the imperial service-class and later on the Irish own service class are the ranks whence some of the intellectuals converting to Buddhism emerged, but also the social layers from where a number of Irish Buddhists “gone native” rebelled. In terms of questioning of the dominant ideologies, Buddhism at times was the intellectual tool that opposed British imperialist ideals and later pervading Irish Catholicism. It should be noted, in addition to this, that Cox states that he is a practicing Buddhist, thus his unification of Buddhist persuasions and Marxist theory is even more challenging and interesting.

Both in the 19th century and in the 1960s-1970s Buddhism in relation to Ireland presented itself as a variety of counter-culture.

In the second half of the 19th century, a number of Irish individuals, most famously perhaps Charles Pfoundes (1840-1907), John Bowles Daly (born in 1845), U Dhammaloka (uncertain Western name, born in the 1850s) and Lafcadio Hearn (1850-1904) converted to Buddhism, expressed solidarity with Asian groupings, world visions and countries, questioned the official ideology of the Empire as well as the “Christian domination of the globe” (p. 282), and moved on to live in Asia, where they identified with that continent spiritually, psychologically and ideologically.

In the 1960s and 1970s counter-culture with regards to Buddhism was expressed partly as an aspect of the new western religious trends among anti-institutional groupings and individuals, and partly it acquired specific Irish connotations.

Since the 1990s Buddhism has been accepted in Ireland as a “respectable religion”, probably the third on the island in terms of members (around 3,300 in 2011, p. 369). Constitutive of contemporary Irish Buddhism are “hybridity, creolization and refusal of identification” (p. 328), and often found are also “practising dual religions, and religious universalism” (p. 355). Engaged Buddhism is frequent in this country. A number of writers have expressed Buddhist sympathies, for instance Paula Meehan, or they have drawn “on Buddhist themes in various ways”, for example Ciaran Carson, Michael Longley and Paddy Bushe (p. 305).