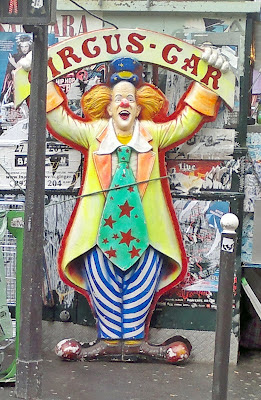 
THE PICKWICK PAPERS is well known as Dickens’ first novel. Published initially in monthly parts, its main plot concerns the adventures of the Pickwick Club’s four members. But within this narrative structure, there are number of tangential stories; tales within tales recounted to or read by the main characters. The first of these is THE STROLLER’S TALE [1].

In the opening chapters of the novel, Pickwick, Winkle, Snodgrass and Tupman travel by coach from London to Rochester, accompanied by a new acquaintance, Mr Jingle; he does the four a service by rescuing them from a band of irate cabmen as they are about to leave London. Once in Rochester they take rooms at the Bull Inn. As they relax in a private sitting room, Mr Jingle in turn introduces them to an acquaintance of his, Jemmy. Jemmy offers to favour them “with a little anecdote” from the world of the theatre; he and Mr Jingle both being connected to the stage. He takes “a dirty role of paper from his pocket” and begins “partly to read, and partly to relate” the story of an actor’s death.

What makes this tale particularly effective is the fact that the actor is a “pantomime actor”, a strolling player, a clown; one of the “…host of shabby, poverty-stricken men who hang about the stage of a large establishment – not regularly engaged actors, but ballet people, procession men, tumblers, and so forth, who are taken on during the run of a pantomime, or an Easter piece, and are then discharged…”

The lynchpin of the tale is a moment when the clown, desperately ill, stops Jemmy in a theatre where they are both working, begs money from him, and then mounts the stage. “…As I turned away” recounts Jemmy, “I heard the roar of laughter which followed his first tumble…” Dickens embeds this Janus-like moment in a rich, absorbing narrative; it provides the thematic structure for his realistic account of the clown’s last days. He precedes it with a searing description of the clown’s pathetic, even horrifying, appearance; his “bloated body and shrunken legs”, “the glassy eyes contrasting fearfully with the thick white paint with which the face was besmeared”, “the long skinny hands, rubbed with white chalk”. Accompanying this verismo is a reference to the personification of death in a medieval danse macabre. Dickens is preparing us for the way in which the clown will enact his own death in the following section of the tale.

Jemmy will visit the clown’s lodgings twice, sitting by him as he dies. On the night of the first visit, he makes his way dark, damp streets, the “thinly scattered oil lamps” having been “blown out by the violence of the wind”. The dreadful room in which the clown lives with his wife and child is also deftly evoked. Michael Slater has written of the “proto-cinematic” quality of Dickens’ descriptions: this is in evidence here, as the reader’s eye registers details such as the “old bedstead”, “stained table”, “shelves with a few plates and cups and saucers” and “little heaps of rags and bundles… carelessly thrown into…corners” [2]. The accuracy of Dickens’ realism extends to his account of the dying man’s delirium, fed by all the anxieties his life in the theatre had brought him, and ending in nightmares fuelled by his alcoholism. He dies clutching Jemmy, the witness to his life.

Dickens was writing PICKWICK PAPERS in the 1830’s. At the other end of the nineteenth century, the aria VESTI LA GIUBBA in Leoncavallo’s PAGLIACCI (premiered in Milan in 1892) would capture the same Janus-like reality as the key scene identified in THE STROLLER’S TALE. The clown is at once a medium for tragedy (generated by his own experience) and a medium for comedy (generated by the gaze of others). The irony of these juxtaposed realities is physically and emblematically represented by the clown’s costume, which constitutes the pivotal element between the two.

Leoncavallo refers to the soul of the clown. In the prologue to PAGLIACCI, Toni pleads with the audience: “E voi, piuttosto che le nostre povere gabbane d’istrioni, le nost’anime considerate…” The clown suffers, but his true emotions cannot be communicated. His inner world is sealed by his role, his costume, his made-up face. Dickens in the STROLLER’S TALE is acknowledging the clown’s soul. The story is one tiny element in the great mosaic of his account of human suffering. It is also one example among many nineteenth century representations, literary and visual, of the sad clown. Coming between the Dickens story and Leoncavallo’s libretto for instance, is Baudelaire’s prose poem LE VIEUX SALTIMBANQUE, first published in 1861 [3].

Baudelaire describes the evening of a public holiday in Paris, with its crowds, lights, and numerous street performers, “les saltimbanques, les faiseurs de tours, les montreurs d’animaux et les boutiquers ambulants”. Carried along by the pulsating excitement of the crowd, the poet suddenly comes face to face with an incarnation of old age, poverty and hopelessness: an aged street performer standing alone at the last in a row of carnival booths, invisible to the revellers, self-exiled from them, “voûté, caduc, décrépit, une ruine d’homme”. Whereas with Puccini’s Toni, suffering is due to sexual betrayal, Baudelaire’s saltimbanque suffers for other reasons, deftly represented in the reference to the “haillons comiques” in which he is dressed. The costume is again the visual key. As a seal on his inner world this clown’s costume is disintegrating, suffering is seeping through, performance is no longer possible. In the closing paragraph of the poem, Baudelaire succeeds in articulating the reasons behind his fascination with the saltimbanque and the compassion he feels for him; “Je viens de voir l’image du vieil home de lettres qui a survécu à la generation dont il fut le brilliant amuseur; du vieux poète sans amis, sans famille, sans enfants, dégradé par sa misère et par l’ingratitude publique…"

This is a démarche which Jeffrey Coven has explored in his book BAUDELAIRE’S VOYAGES: THE POET AND HIS PAINTERS [4]. Coven connects the poet to a network of nineteenth century painters and writers who were inspired by the image of the suffering clown, forming this figure into representation of the creative artist, marginalised in an increasingly materialistic and industrialised society.

Emblematic of such marginalisation was the destruction of the Théâtre des Funambules, where pantomimes, vaudevilles and melodramas had been shown, and which, after 1830, was famous for the performances of its star, the mime Debureau (greatly revered by Baudelaire). The theatre was torn down on Bastille Day, 1862 (the year following the publication of Baudelaire’s prose poem), as part of the redevelopment of central Paris by Baron Haussmann. So this nineteenth century home for the traditional commedia dell’arte troupes was lost, forcing performers such as Baudelaire’s saltimbanque onto the streets to become part of what Coven calls “a loosely knit community of performer-artists, vagabonds, and other exiles”. In his prose poem then, Baudelaire is drawing on the motif of the clown as romantic hero: a figure liberated from the constraints of society, but also victimised by that society as an outcast who must suffer isolation and poverty.

Of this triptych of representations from Dickens, Baudelaire, and Leoncavallo, it seems to be Baudelaire who engages in an act of self-definition as an artist. The narrating “I” of his poem faces the aging clown, and an artist who endured social, critical and legal condemnation finds a conduit for his suffering in the clown’s soul.

If we were to explore, on the other hand, whether the depiction of Jemmy’s friend was significant to Dickens in terms of his self-understanding as a Victorian artist, we might look at his affection for the Anglo-Italian clown, Joey Grimaldi. Michael Slater describes how much Dickens enjoyed seeing Grimaldi perform in pantomime at Sadler’s Wells in 1819 and 1820, during the relatively happy part of his childhood. As an adult, Dickens edited and amended a memoir penned by Grimaldi before his death. And one journalist would comment that Dickens’ seasonal Christmas stories were “as regularly expected as a pantomime, and his appearance on the publishing stage… hailed with as much delight as that of Grimaldi used to be on the boards of the theatre” [5]. The clown was actor in a world which Dickens would get to know from both sides of the footlights; literally through his lifelong involvement in amateur theatricals, and also metaphorically. A sense of the theatre as social metaphor must have informed the trauma of his father’s imprisonment and the subsequent dismantling of his childhood, followed by the months spent as a child worker in 1824. If, just ten years later, Dickens finds himself the lionised author of PICKWICK, he knows that the soul of the clown is not just a reality, but a reality to be accurately described. His translation of the naïf commedia dell’arte figure of Harlequin into the delirious alcoholic of the STROLLER'S TALE is his response to the question put by Jemmy to Mr Snoggrass:

“Are you the poet?” “I – I do a little in that way,” replied Mr Snodgrass, rather taken aback by the abruptness of the question. “Ah! poetry makes life what light and music do the stage – strip the one of the false embellishments, and the other of its illusions, and what is there real in either to live or care for?”

Dickens the social realist stakes out a position beyond illusion and entertainment, securing a vantage point from which he can act as witness to the theatre of social life in Victorian England. He will make his fortune caring for the real.