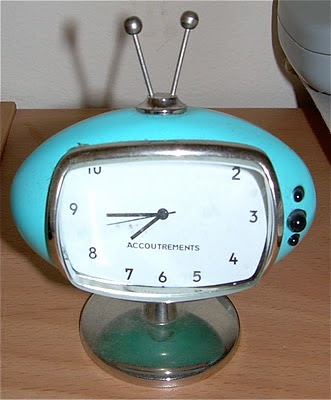 
My radioactive roommate does not glow in the dark as in the official cartoon representation of radioactivity. He works at a plant called Emerald City, which looks like a jewel-encrusted boulder from a distance at night. When it snows, Emerald City’s lights glow from under the white coat and make a diffused light that enchants all those who see it from the highway, who would like to get closer, but cannot, due to extreme-measure security systems. Emerald City is not the fictional Superman abode but a chemical plant outside of Minneapolis. It is part of a very large complex of chemical plants, which includes the famous 3M, and no one can access that area unless they possess a special access pass or work for the CIA or something. As a matter of fact, I am sure no one can enter even if they work for the CIA. But my radioactive roommate can do it. He goes there every day, because he works in one of their labs. He prepares chemical reactions, and he handles all sorts of liquids: some smell great, like toluene and turpentine, others are stinkier than his and my feet combined and they give you cancer. Still, he smells them. We both do, when he brings vials home: sometimes before dinner, sometimes after.

My radioactive roommate brings home vials to help me clean up serious stains in the kitchen, like wax and glue and frog slime. I like to keep tadpoles in the basement, and sometimes frogs will come out. Wax and glue, instead, are from marginal pastimes. We do not eat frogs, but we like to watch them. I like frogs but they get loud and need continuous moisture and jump around on the carpet and go outside and scare the neighbors, so we liquidate a few from time to time by means of vial contents. Literally, liquidate them: they become liquid. If you wish to know what vial content provokes the liquefying frog phenomenon, you will need to ask my radioactive roommate. I just know for certain that vials and frogs don’t really like each other, but they inevitably go together. But that happens to people too, in daily life. My radioactive roommate and I don’t really hang out together, save when dinner, vials and frogs are involved. We do not often liquefy frogs either. Most of the time, we simply clean up their slime that is all over the basement and kitchen. The living room is another story because frogs don’t watch TV, and we don’t allow them in our rooms. But we do have favorite frogs we gave names to, and we take good care of those. My favorite frog is bluish green and makes a strange high-pitched sound that is more birdlike than froglike. His favorite frog looks like a toad, although my radioactive roommate does not really know the difference (he is a chemist, not an amphibiologist, and the frog looks like a toad, I did not say it is a toad). When the weather gets warmer, my radioactive roommate and I take our favorite, named frogs outside on the roof with us. I smoke a cigarette, he drinks beer. The named frogs don’t smoke or drink. We sit on the roof and gaze at the stars, and I think “I wonder if the laundry is done”, and he thinks “I guess I’ll have another beer”, and the bluish frog thinks “why do I sound like a bird?” and the toad-like frog thinks “I wish I were a real toad so someone would kiss me”.

We do not keep poisonous frogs around the house, but we do have some poisonous vials.

My radioactive roommate’s favorite words are “polymer” and “round-bottom”.